The first edition in the series of HISK alumni exhibitions is entitled DIFFERENCES. It stands, simply put, for a particular aspect of the mission of the HISK: to provide young visual artists with a context in which they can further develop their individuality, in confrontation with a variety of experts from the art world. The HISK offers advanced higher education, but it is not a school in the scholastic sense, nor is it prescriptive or bent on rules. On the contrary, de-regulation seems to be its educational principle of choice. Nor is the HISK a school in the sense that it stands for a set of characteristics shared by a group of artists and used as a denominator under which they present themselves. To be a HISK alumnus implies that one has been admitted by an expert jury of international standing and has completed a two-year process. It does not refer to any type of art, to one particular understanding of what art should be, but to a variety of concepts of what might be called quality.

In a more elaborate sense, DIFFERENCES stands for a concept that was added to the philosophical toolkit by Gilles Deleuze in his book ‘Différence et répétition’ (1968). It was an important contribution to a new kind of thinking that wanted to break with the classical search for fundamentals that are unchanging and therefore function as certainties. Rather, this differential approach puts the emphasis on differences when it comes to describing something. The Latin word ‘differre’, from which the French ‘différer’ is derived, not only signifies ‘to differ’ but also ‘to postpone’, thus emphasising the fact that meanings can never be fixed.

In contemporary art, being different has become the main objective since the disappearance of beauty as a criterion. The openness of the work of art, as suggested by Umberto Eco, implies a constant shifting of the production of meaning. A distinguishing feature of this type of art is a great resistance to anything that blunts the sharpness of forms.

HISK Chairman Willem Elias is acting as curator for DIFFERENCES. He chose one artist per graduation year, twenty-four in total. Not the best in the class. After all, the HISK is a quality label. However, in each case, an artist for whom being different in his relationship with others seemed relevant. In this sense, not an exhibition centred on a conciliatory unifying theme or formal quality. But rather one that places the emphasis on what constitutes the difference. 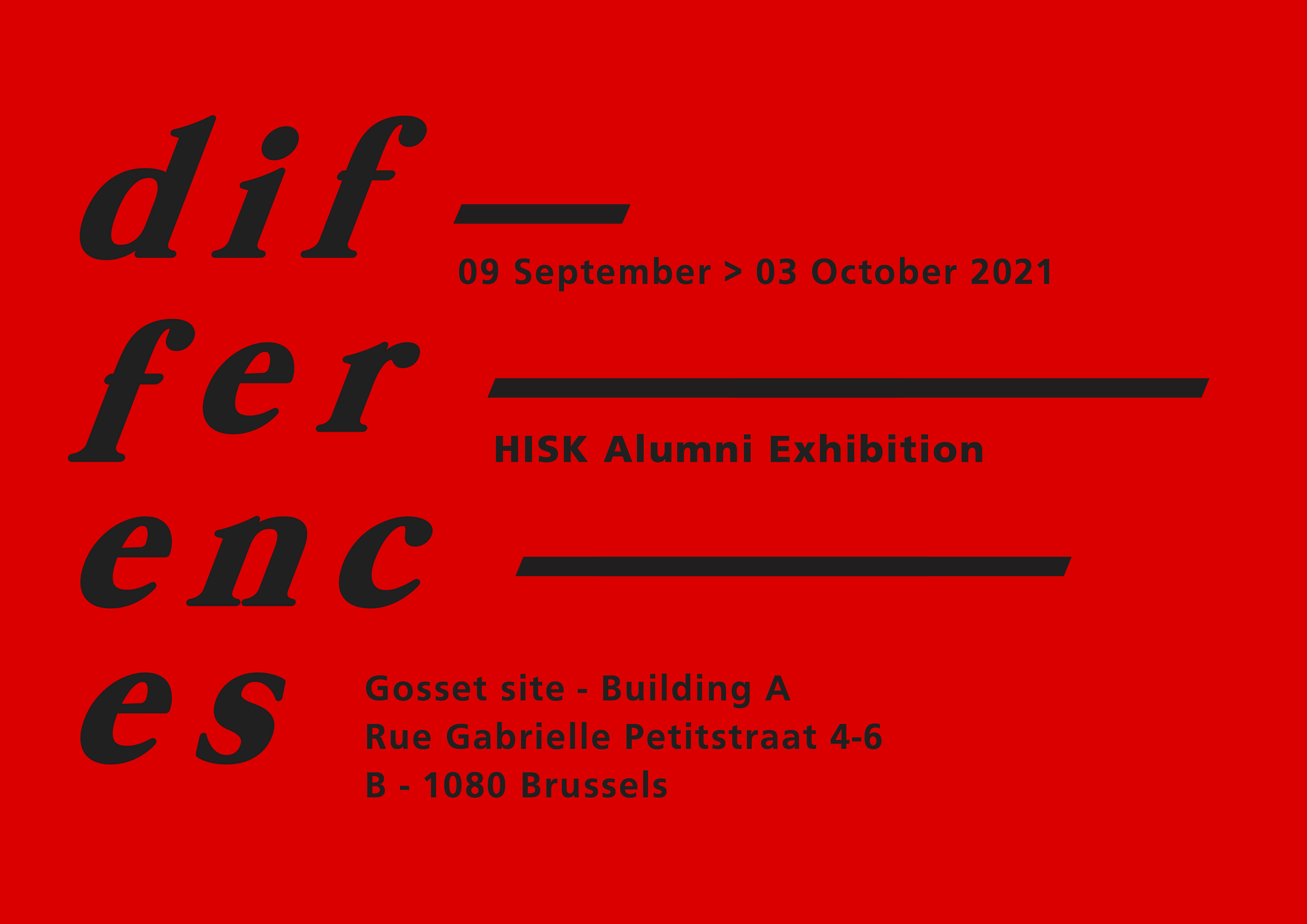